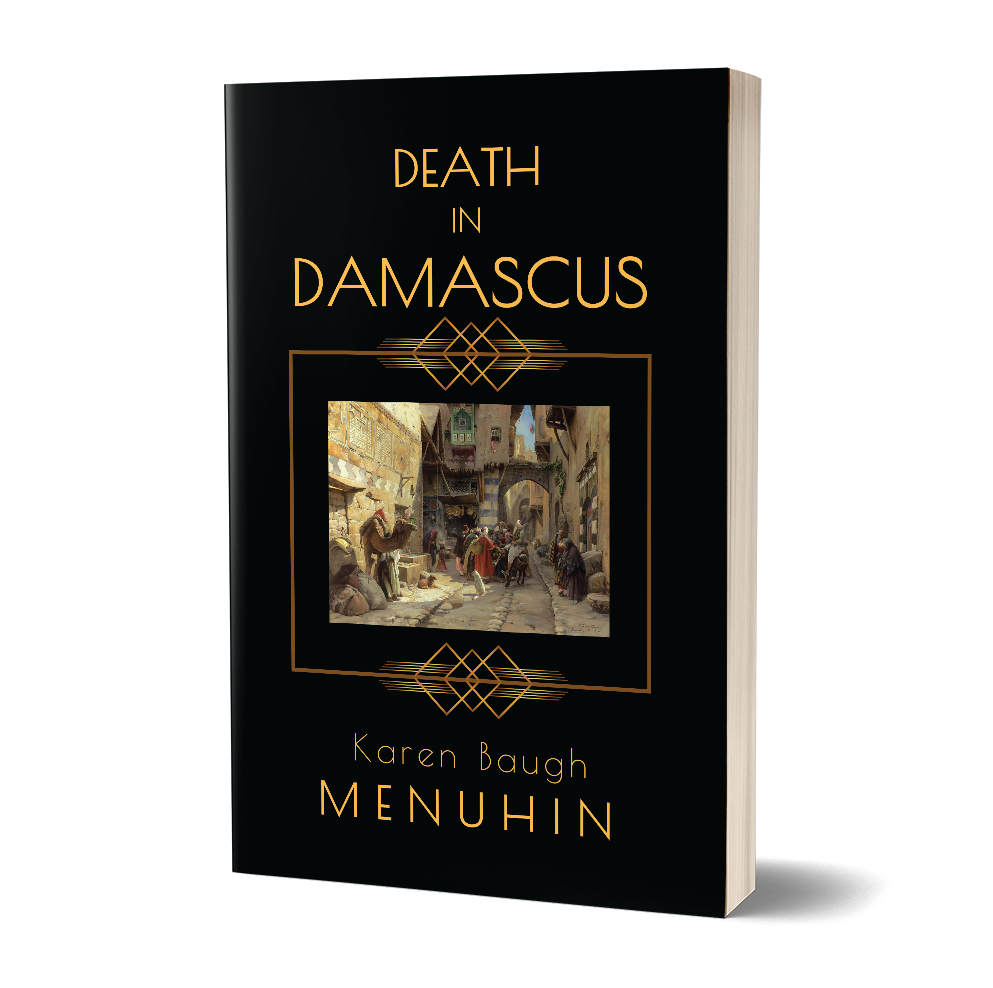 A 1920s Murder Mystery – Death in the desert with intrigue, adventure and a dog of distinction.

There’s a damsel in distress and accusations of attempted murder flying around, but it’s not in the comfortable confines of the English countryside, it’s in the very distant city of Damascus.

Lennox must go and investigate, although he’s not too keen on exotic locations, and his old retainer, Greggs is distinctly averse to the very idea.

Nevertheless, ex-Chief Inspector Swift persuades them and they reach the ancient city to discover a movie crew, a spy and a couple of mysterious ladies. Nobody seems to be telling the truth, they all have secrets, and there’s one secret in particular that’s drawn them like bees to the honeypot. But what is it? And then there’s murder, and mysteries from the ancient past, and a handsome Sheik who remains in the shadows. Heathcliff Lennox and Swift must investigate and use all their ingenuity to unravel the enigma that lies hidden deep below the dusty streets of ancient Damascus.

Major Heathcliff Lennox, ex-WW1 war pilot, six feet 3 inches, unruly dark blond hair, age around 30 – named after the hero of Wuthering Heights by his romantically minded mother – much to his great annoyance. Death in Damascus is the fourth book in the Lennox series.

Listen to a Preview

Find out more about the Audiobook

I have fallen hard for these characters and their adventures. Book 5 is coming out soon and I wish that there were a dozen more so I just could continue on with their stories and not have to impatiently wait for more to be written. Jump in, immerse yourself in the early 1920s and savour these well written mysteries. They are some of the absolute best!
This entire series is completely delightful, entertaining wit, lively dialogue, and engrossing mysteries. Am in love with ( call him Lennox) Heathcliff Lennox, his butler, his dog and his cat!
I really enjoy historical fiction and Menuhin nails it. Complex yet completely understandable storylines that are thoroughly enjoyable. Very vivid descriptions paint a clear picture and make you feel as if you are there in the middle of the action. Looking forward to reading more of her books.